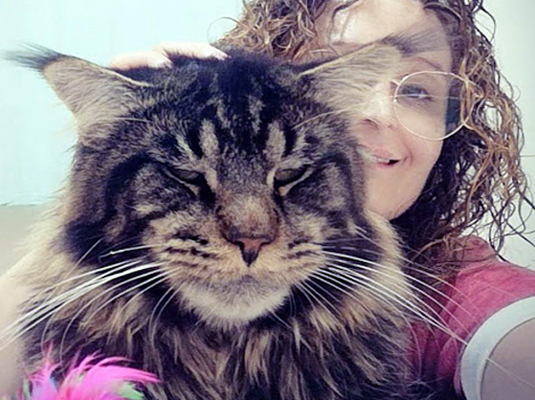 We acquired our first Maine Coon in 1997, as pet together with a Norwegian Forest Cat. Berkano cattery was established in 2003, belonging to WCF, Our cattery is also registered with TICA, with the name Berkanomaine. We started breeding Norwegian Forest Cat and had a Sphynx pair as well. In 2007,  I decided to breed the Maine Coon, and I acquired the title of veterinary technician; although I currently work in a pharmacy, my priority is health and temperament, I prefer the most classic look from the 80s-90s and my favorite color is black tabby blotched or mackerel.

We live in a completely exterior apartment, very bright and spacious. Our cats live with us as pets, they sleep with us and they are our family, they are never locked up in rooms or in cages.

They are subjected to annual blood tests by the Idexx laboratory, genetic tests in Laboklin or UCM and kidney and heart ultrasound are performed with the cardiologist Alejando Casasus.

Several lovely places for our cats 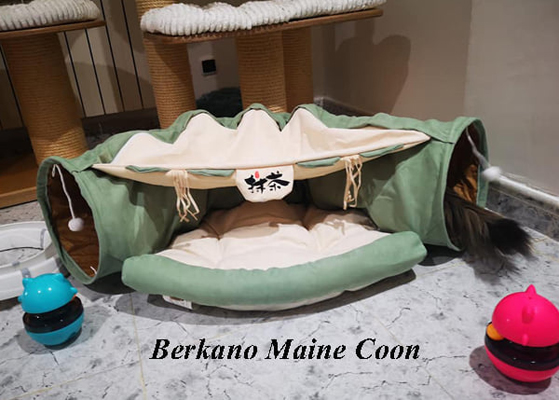 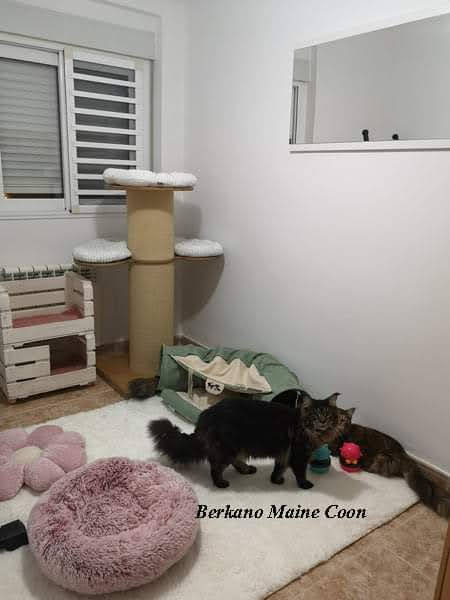 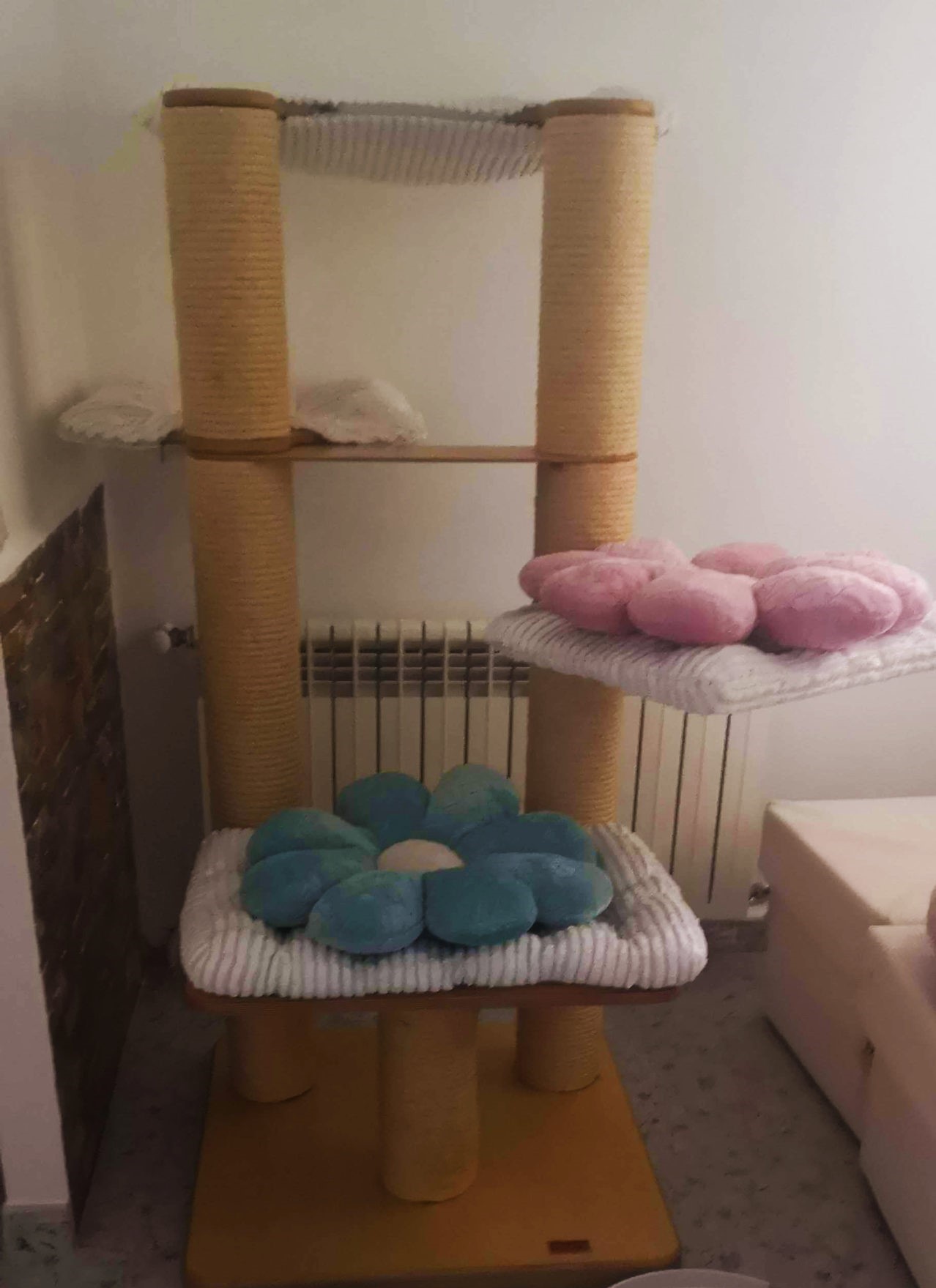 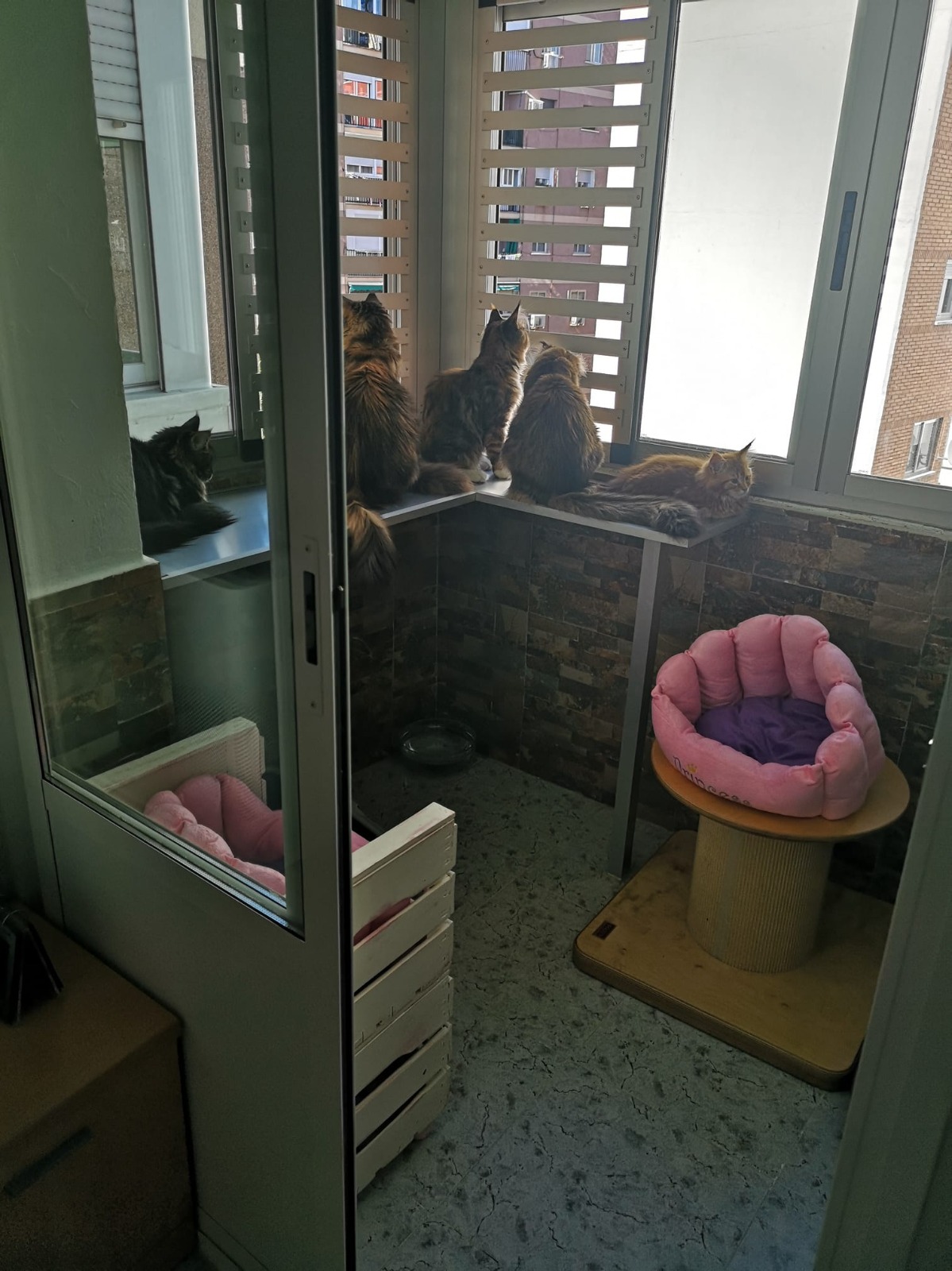 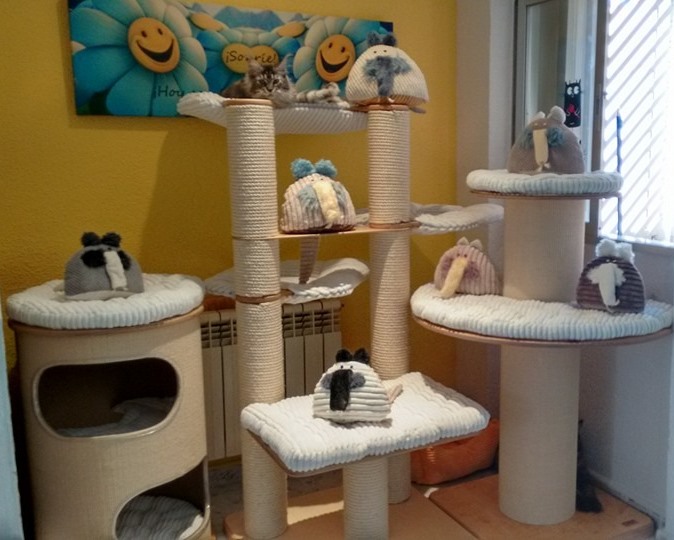 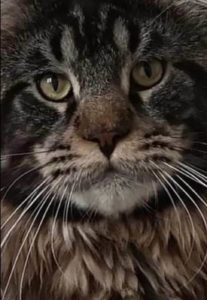 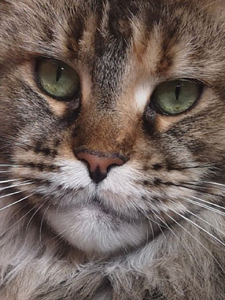 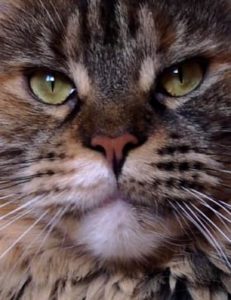 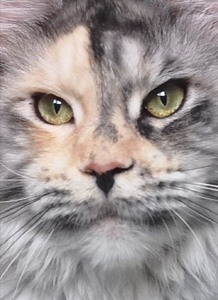 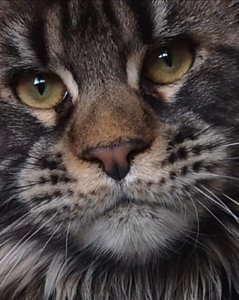 Ideology is everything, it is the big difference between breeders.

Creative planning from the standard is essential. It means to recompose a breeding program giving priority to certain qualities and virtues over the others, or giving a continuation, that is, coming from original lines already settled or. Simply complementing or adding novelties where the former breeder had left it.

Overall, it is necessary having planned it beforehand. As improvising is sometimes necessary, but only as the ultimate resource on the way.

First, a breeding program is dynamic, not static. It can only be a breeding program when it has been planned throughout the years, throughout the generations. It has several main aims, amongst them some are immediate and some others are middle to long-term focused. Also, there are several ways to approach it, either as a continuation of the previous one or maybe introducing something new, originally structured, but somehow differing in one or more aspects.

To do this, there are several ways to approach it. For example, planning the breeding program from the very beginning until the end. A breeding program needs to go forward to the next generation, however, there must be an ethical limit for the farewell of all, cats and humans.

Personally, I believe it is worth getting the best from the least, in order to conform a viable and reasonably breeding program with the possible minimum number of individuals. To stablish a limit, you must take into account your availability in the following aspects: space, economy, help of others, and not to trespass or cross the line in the following five, ten, or twenty years…The least number of cats, the better. By doing this, each cat should work as part of an integrated engine, each one complementing the others, like a Swiss watch mechanism. Nor too much, nor too little. Therefore, every breeder’s first dilemma is being able to keep a good genetic in his/her cats, and one of the key facts are sterilizing cats and giving in adoption, looking for a good home for them. Otherwise too many cats will be grown and accumulated, so, keeping the number of cats under control is something essential.

With this, preservation of the breed, personal sacrifice and being sensible at the time you share the males only with the accomplished breeders who have a strong compromise to follow certain ideological patterns is another key to success. That is why the careful selection of the future breeders is so important.

On the other hand, I am not so concerned about the defects of the breed (with the exception of the unbearable ones), but about the lack of qualities and virtues of it, as it is do relatively easy the configuration of a breeding program taking into account only defects. It has no major difficulties, for the difficult issue is to add qualities and virtues. From time to time, I can observe breeders and competition judges who refuse cats for their defects, without bearing in mind their multiple virtues and qualities. In my opinion, this refusing evaluation method, based on defects, is the fastest way to mediocrity, while an addition method is lead to excellence, as it emphasizes qualities over the possible defects.

Having all of this into account, when you want to start breeding, you must have a certain felinophilic ideology which leads your path. Without it, breeding will become only in one job, a factory searching for a product, such as farming animals such as hens, cattle, etc.

This philosophical base of the cat breeding is the main thing which separates a simple animal farmer from an accomplished cat breeder concerned about the cat race and its future. This is essential. Besides, this philosophy is perfectly possible if the breeding itself is paid by each one’s money, by each one’s dedication and by each one’s vocational job. As it gives you independence and freedom from all this social mess. By the way, we cannot forget that the true and main characters are the knowledge and the cats; as we breeders are only the mere vehicle. So, facts, actions and solid work are what really matter. The rest belongs to just trading.

In my opinion, without the philosophical base of breeding there is nothing. No matter how well everything is done, the lack of ideology (today seen as ‘normal’), conveys its replacement for the trading laws and then, the breeding is understood as just animal farming, with its only aim of making money, where nothing is thrown away and everything has a price, and finally, where a good year is considered so only according to its profitability terms.

To conclude, we breeders should be at the service of our cat breed, and not the other way round. Either should we breed as our cats were the precious Iberian lynx, with the same non-profitable criteria and preservation of the breed rather than economic reasons, choosing carefully the future breeders, mainly for their aptitudes, ideologic and middle and long-term conservational abilities, or this will collapse in a couple of decades more.

© 2021  Please contact the author  with comments and for permission to reprint.

All material on this site is copyrighthed and many not be printed or reproduced, in any form,without the express writen consent of Berkano Cattery.